8 Ways to Practice the Human Touch of Audit

Are you a “Gotcha” auditor, an “Overnight Expert” auditor, or a “Human Touch” auditor? If you’ve ever wondered how to improve your audit outcomes by building relationships of trust with auditees, you’ll want to check out these eight concrete ways to practice the “human touch” of audit. In the article below, Margie Humphrey, Director of Internal Audit at NW Natural, outlines her best practices and proven techniques for applying the “human touch” to your next audit.

Do you have an auditing style? Just as there are a variety of workplace leadership styles from collaborative to directive, there are a range of auditing styles practiced by different auditors, of which the “human touch” is one.

You might recognize the “Gotcha” auditor—the corporate cop writing speeding tickets when folks are driving one mile an hour over the posted speed limit. This auditor comes at the area seeking to find errors and flaws, and they make it a big deal when someone doesn’t dot their “I’s” and cross their “T’s.” The “Gotcha” auditor may be quick to point out what others are doing wrong, but they’re not as adept at understanding the business context of what they are measuring. This style of auditing is more likely to result in a situation fraught with distrust, and an audit result that is perceived as nitpicky and non-value added.

There’s also the “Overnight Expert” auditor who does a quick web search on a complex topic, and tries to use their theoretical understanding to judge the process they’re evaluating. This auditor lacks any concept of practical application—and probably won’t ask the auditee any questions to deepen their understanding of the process. Although it is good practice to prepare for an audit, approaching an audit as a self-professed theoretical expert can create frustration and skepticism in the auditee who actually has practical experience with the process.

In contrast, the “human touch” auditor practices a relationship-driven audit style, and aims to work with the people they audit rather than against them. The “human touch” of audit stems from the basic concept of treating those who you are auditing as you would want to be treated if you were the one being audited. It may sound simple, but the reality is that there are countless auditors who have never been personally responsible for implementing a business process or who have never been audited themselves. The “human touch” approach helps auditors put themselves in an auditee’s shoes to make the experience smoother and more effective for all involved, whether you are performing an on-site inventory audit or a company-wide SOX audit.

Whether or not you’ve had the practical experience of being audited, practicing these 8 tenets of the “human touch” will help you approach your next audit engagement in a more relationship-driven and productive way.

The “human touch” auditor realizes that their job will be much easier, more effective, and will deliver better results if they cultivate strong relationships with those they are auditing. Auditors who approach audits in a more clinical way may underestimate the benefit of investing in building a foundation of mutual trust with an auditee. Often, if the person you are auditing trusts you they will be more forthright and more open to a collaborative engagement towards the common goal of bettering processes and controls. Many of the following best practices are geared toward helping auditors build a productive relationship with an auditee.

Although you, as an auditor, are intimately familiar with the audit process, often auditees don’t know much about what’s behind the “audit curtain.” It helps to be clear about what happens inside the audit blackbox: how you plan to conduct the audit, how and where the audit report will be published, and who will see it. A “human touch” best practice is to hold a kickoff meeting at the start of each audit engagement to discuss the audit’s operating model, and to give the auditee a chance to ask questions. The upfront meeting is a great time to ask the auditee for their communication preferences and hot buttons—do they prefer scheduled meetings or drop ins? You should be a role model in transparency when it comes to sharing your audit plan, as this is an early way to build trust with those being audited.

3. Humility: Recognize and Learn from Others’ Expertise

Some of the greatest benefits of practicing the “human touch” in audit come from approaching an audit with humility. Auditors may think that because they are assessing someone’s process, they need to become an expert on that process and know more about it than the auditee. That’s the opposite of a productive approach! You’ll equip yourself with more and better knowledge if you recognize that the person you are auditing is the subject matter expert, and seek to learn from them, rather than judging based only on what you already know.

Humility means that—regardless of your actual level of expertise—you approach potential audit findings with a questioning mindset instead of a conclusionary mindset. Asking questions to avail yourself of your auditee’s expertise can help you fill in the blanks. For instance, you might ask the person being audited what the business impact would be if the issue at hand goes unaddressed. A good rule of thumb: don’t assume—ask!

Practicing active listening is a key component of the “human touch” of auditing. It’s frustrating for an auditee to receive an audit report with audit findings that are presented out of context and thus paint the wrong picture. Frequently, when an audit goes off the rails and no one can agree on the findings, this disconnect occurs because an auditor didn’t listen with the aim to understand the business context before drawing conclusions.

Even when—as is frequently the case—the issue the auditor found is valid, there may be resistance from the auditee because it’s being taken out of context, being used to draw broader conclusions, or there’s a different data point that isn’t being considered. Ignoring the broader business context when reporting audit conclusions can damage the audit department’s reputation, and lead over time to the perception that the results of the audit group are non-value add. Instead, listen and be willing to ensure that the proper business context is coming through in your audit report. Quite often via active listening you will “hear” what the real issue is behind the preliminary audit findings, and be able to communicate the true audit impact in a more useful way.

5. Communication: Don’t Jump Up the Chain of Command

An auditor should never communicate preliminary audit findings up the chain of command without first sharing and discussing them with the area being audited. No one wants to hear from their boss or boss’s boss that the auditor has shared a conclusion that he or she hasn’t had the opportunity to validate. Beyond the harm done to the relationship with the auditee, sharing a potential audit finding or conclusion without first validating it can harm the auditor’s credibility, particularly if their facts are later determined to be not valid.

6. Acknowledgment: Give Credit Where Credit is Due

Imagine how an auditee might feel if an auditor writes an audit report listing gaps that are the same ones the auditee openly revealed at the start of the audit engagement. It would be as though the auditor was taking credit for “finding” all the gaps themselves! Although the auditor has a responsibility to call out the gaps, you should make sure to give credit where credit is due. It can be as simple as reporting that management identified the gap upfront, or mentioning management’s work-in-process to address the issue. Simply letting the auditee know that you’ll need to report a gap they share, but that you’ll acknowledge what the auditee is already doing to address it goes a long way toward building mutual respect.

7. Flexibility: Be Willing to Reword

Even if you’ve practiced the “human touch” of audit throughout the process, an auditee may still disagree with the audit findings. It’s important to be willing to consider rewording your audit conclusions to achieve consensus that the proper business context is coming through. Instead of steadfastly defending the words on the page at all costs, pick your battles when it comes to the wording of your audit report. In most cases, a little wordsmithing doesn’t change the substance of the audit finding you are trying to communicate, and can strengthen the relationship with your auditee as well as your reputation as being flexible and reasonable.

8. Appreciation: Show Your Thanks

Look for small and simple ways to show your appreciation for your auditee’s support of the audit. The people under audit often have full-time operational responsibilities, which means that supporting your audit requires extra time and effort on top of their day-to-day responsibilities. Consider bringing coffee or breakfast treats to your audit kickoff meeting to lighten the mood, or take an auditee to lunch following the conclusion of the audit as a gesture of thanks. It means a lot to have you acknowledge that extra effort by thanking them for their time and support.

It’s popular these days to emphasize that audit requires not just technical skills, but also soft skills like communication and collaboration. The “human touch” of audit is largely focused on soft skills to build relationships, and is a great way to develop and practice the broader skillset increasingly valued in audit and across the organization as a whole.

When you practice the “human touch” and approach each audit with the goal of developing mutual trust with the auditee, you’ll find that you improve audit process efficiency and spend less effort battling over potential audit findings. Active collaboration and listening will elevate the quality of your audits as you are able to identify the true root issues and formulate better recommendations. Your reports will not be clouded by nitpicky audit findings, and instead will be perceived as driving value-added process improvements. Eventually, the hope is that management will recognize audit’s valuable perspective, and begin to invite audit into their areas to help them with their business processes—and then the “human touch” of audit will have an even greater opportunity to make a positive impact on the organization. 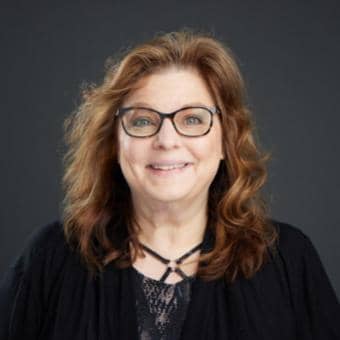