With a new report from the Chartered IIA and AuditBoard telling us fraud is on the rise, we should be asking why and mustering our counter-offensives. Organisations lose an average of 5% in revenue annually to fraud, a total approaching £200bn for the UK alone, not to mention the reputational and related impacts. At a human level, it is the crime to which more of us are likely to fall victim than any other.

When big names suffer major damages from fraud (think Carillion, Patisserie Valerie, and Wirecard) we take notice. And yet organisations are routinely under-prepared. It’s not that fraud is ignored but the assumption is we have it covered. Too often fraud fails to be seen as a key risk deserving of regular attention.

Internal auditors, however, have a critical role in keeping fraud on the radar and being part of the solution. While tips (42%) remain the most common method of initial fraud detection, internal auditors (16%) are the second, according to the latest ACFE report.

In this article we consider practical measures organisations can take and important ways internal auditors can help keep fraud risk in the spotlight and enable greater preparedness.

To fight fraud first we must understand it. While definitions vary, fraud is a very broad concept covering any attempt to gain an illegal advantage without physical force or threats of violence (armed robbery or breaking and entering are not usually regarded as fraud). Intentionality distinguishes it from other risks —  fraud is different from error, incompetence, or bad luck. It is a deliberate act (of commission or omission) to exploit an opportunity through misuse, misrepresentation, or misappropriation for unwarranted benefit.

One of the challenges in the battle against fraud is its sheer breadth — bribery, money laundering, embezzlement, corruption, cyberattacks, theft, identity theft, insider trading  — added to the fact It may be perpetrated by individuals or groups operating inside and/or outside the organisation. A useful way to get our arms around it is to consider root causes.

Why is fraud on the rise? With reference to the well-known fraud triangle we see that increases in fraud are being fuelled by: 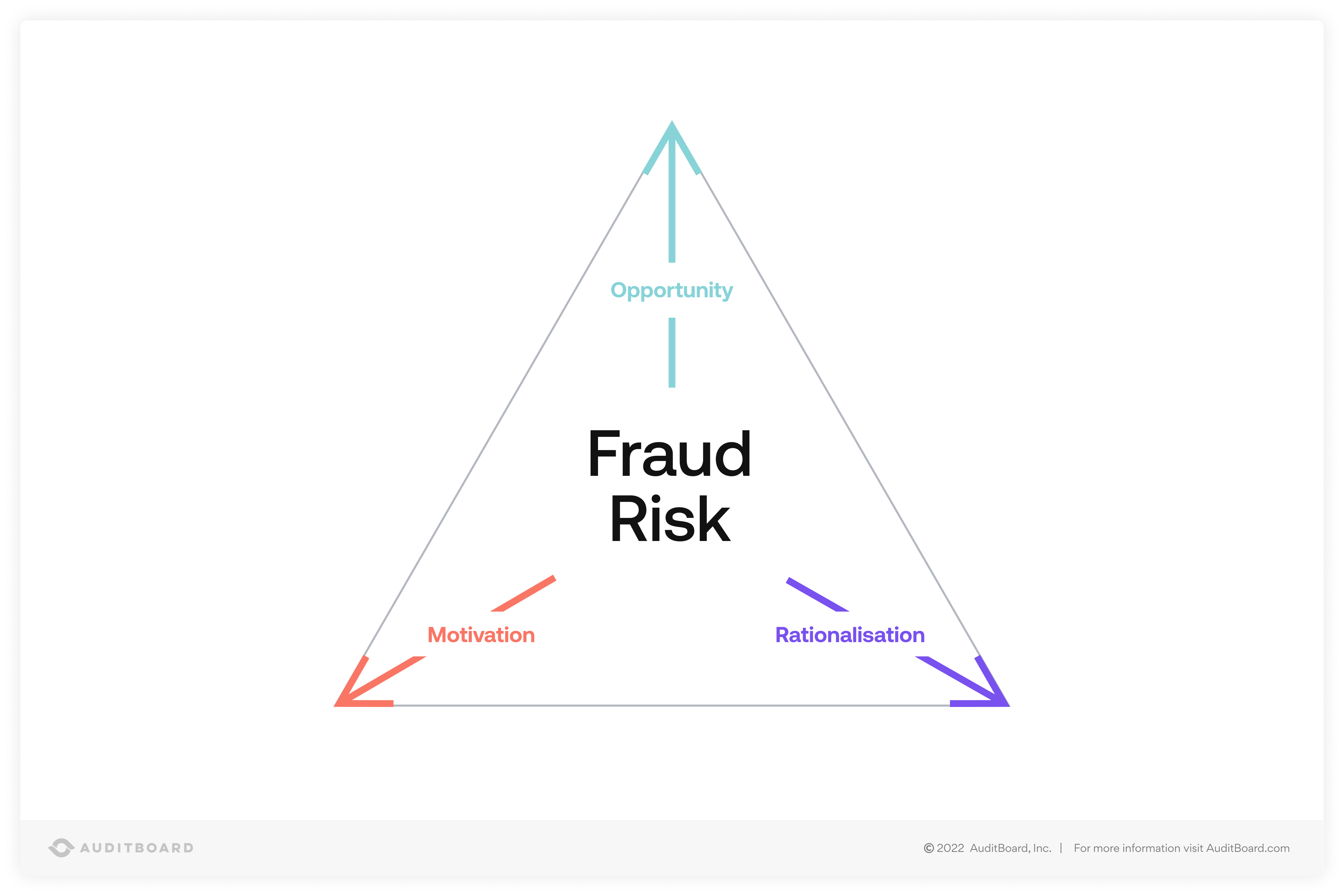 Despite this, organisations may assume their internal controls are sufficient without regular review and adjustment.

So, when fraud occurs, what goes wrong?

Tackling fraud is not a once-and-done and requires a proactive approach including regular risk assessments. Counter-fraud measures need to push back against each side of the fraud triangle. 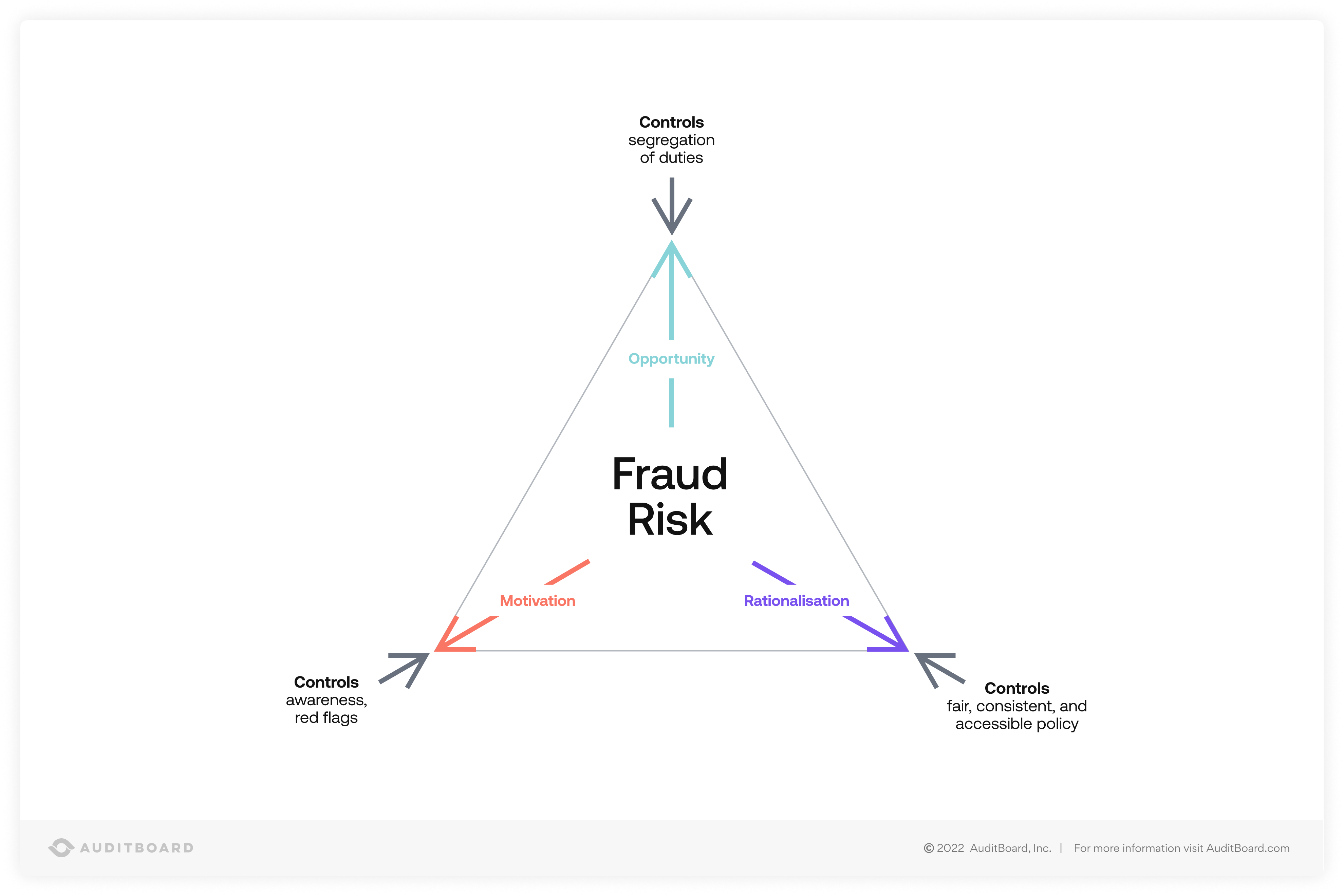 Internal control tends to focus on reducing opportunity but even here there is room for continuous improvement. Technology, big data, and analytics help monitor for early indicators as well as detecting actual fraud. Given the primacy of tips for fraud detection, awareness is of critical importance. Open discussions and transparent processes foster a fraud risk culture.

To reduce rationalisation it is important to demonstrate a consistent approach that treats everyone the same. It is not possible to eliminate fraud risk but organisations can demonstrate zero tolerance by pursuing suspected and actual fraud. Policies for recognition and reward must be fair and transparent to avoid generating feelings of resentment.

Motivation and duress are harder to address as they often have individual and external sources but organisations can demonstrate they are aware of and sensitive to those pressures and offer whatever relief they can, such as financial advice and increased options for home-working.

Overall, a change in mindset is needed to recognize the pervasiveness of fraud risk. It often arises with other risks and precipitates yet more. According to one Head of Internal Audit quoted in the recent report:

“You can look at risks from a process point of view, in which case every process has fraud risk associated with it. Or you can look at macro risks, such as cybersecurity, which is in itself a fraud risk. Fraud is really a subset of every risk.”

What Can Internal Auditors Do to Counter Fraud?

Fraud is likely to remain a significant and ever-evolving risk for all organisations. As auditors it is our job to make sure it gets the attention it needs while being a ready part of the solution.