Rick Baltz is the Vice President of Internal Audit at Belden, Inc., a NYSE listed company. At Belden, Rick serves as the Chief Audit Executive and leads the global internal audit team, with members located in North America, Europe, and Asia Pacific. The team’s activities cover a vast array of areas, including SOX 404, financial reviews, operational reviews, fraud investigations, direct assistance to the external audit firm, ERM coordination, and consulting. Prior to Belden, he held financial management and audit roles in a variety of industries at both public and privately-held enterprises. In his free time, Rick serves as a committee member for the nonprofit Every Child’s Hope and is a former board member and finance committee chair for the nonprofit St. Louis Center for Hearing and Speech. In addition, Rick is an avid motorcyclist and serves as a lead road captain for a St. Louis faith-based motorcycle group.

Ben Phillips has over twenty years’ experience as an accounting and finance professional in both public and privately-held organizations and across several industries including retail, manufacturing and financial services. He is currently Vice President and Chief Audit Executive at PetSmart in Phoenix, Arizona, a position he has held since 2014. Previously, he was Director of Finance and Chief Auditor for Fender Musical Instruments and held several roles at The Charles Schwab Corporation. Ben has an extensive professional background in the areas of Sarbanes-Oxley compliance, operational process assessment and assurance, ESG auditing across global supply chains, and occupational fraud investigations. Ben also lends his guidance and oversight as a financial and audit expert to the Audit Committee of PetSmart Charities in support of its non-profit mission to connect and support people and pets in their communities. Ben is a Certified Public Accountant in the State of Arizona and is also a Certified Internal Auditor and a Certified Fraud Examiner. He received a Master of Business Administration degree from the W.P. Carrey School of Business in 2003, and a Bachelor of Science degree in Finance from Arizona State University in 1994.

Dominique Vincenti has been the Chief Audit Executive at Uber since March 2019. She joined from Nordstrom, a Fortune 250 Company and one of the US-leading fashion specialty retailers where she led the Internal Audit group for almost 9 years. Her 25 years of experiences includes internal audit management positions principally in industry for internationally operating organizations: FINCA International (Washington DC), Marks & Spencer (London HQ) or the Kering group (Paris HQ). Her experience includes also 7 years as a Chief Officer at The Institute of Internal Auditors (The IIA) where she was overseeing globally the organization’s professional and technical practices including Standards, Technical Guidance, Certification, Advocacy, and Research. She worked internationally and in emerging markets, representing the internal audit profession and directing the technical discussions on Governance and Risk Management with other professional, national or international institutions and regulators such as the US Securities and Exchange Commission, the International Organization Securities Commissions, The International Organization of Supreme Audit Institution or the European Commission to name a few. She also represented the IIA and provided technical support to the COSO Task Forces for COSO ERM 2004, COSO Monitoring and COSO ICFR for smaller company. Dominique holds a Master of Business and Administration from EDHEC - France, and a Master in Management Sciences from the London School of Economics and Political Sciences - UK.

In today's dynamic risk environment, it's more important than ever for internal audit leaders to develop forward-leaning strategies which will not only address emerging threats, but will also build support within the board and the wider organization for new and more agile approaches to managing risk. In this webinar, AuditBoard Senior Internal Audit Advisor Richard Chambers will throw a spotlight on strategic planning tips from his new book “Agents of Change: Internal Auditors in an Era of Disruption,” and will lead a discussion with top CAEs on how they drove strategic change in their own organizations. 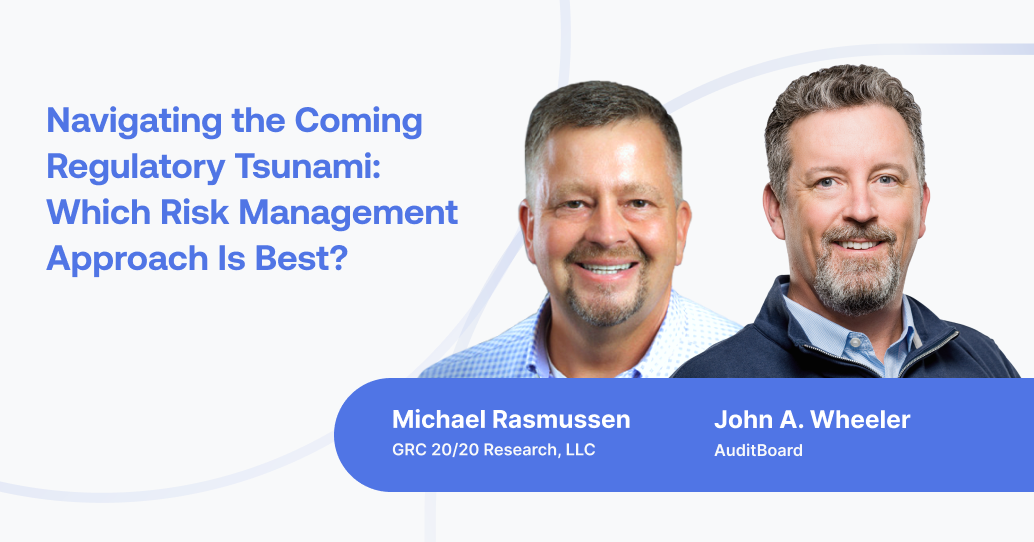 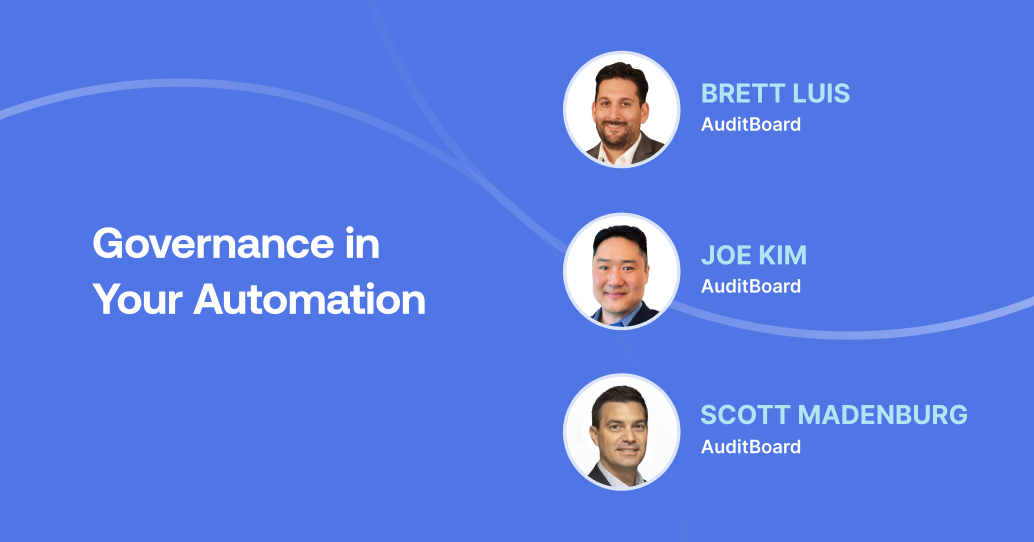 Governance in Your Automation 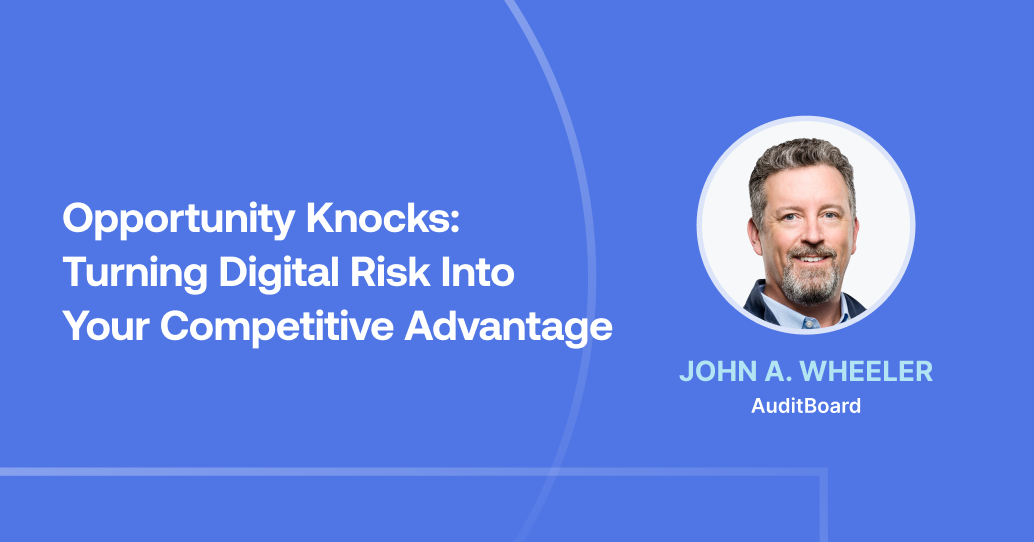